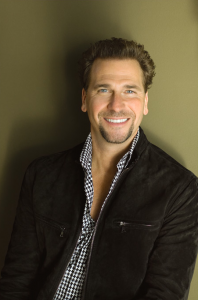 “The important thing to remember is that when you’re an apprentice, you’re interviewing for a job, every single day you go in.” –Brian Kraft, COO, Recording, Radio and Film Connection

Jimi Petulla’s role as a mentor and educator came almost by accident. While working as a radio DJ in San Jose, California, Jimi was offered a job as an instructor in a now-defunct broadcasting trade school. The school was one of the first that claimed to break people into the business of radio broadcasting.

“You would audition–they would actually put you on tape,” says Jimi, “and they would then supposedly review your audition tape and decide if they wanted to give you entry into their fine institution. At least, that’s what they claimed they did.”

Within a few weeks, Jimi recognized that something was not right about the process, that the “audition” process was a sham. “Everyone got in,” he said. “Half the people there didn’t have any talent for radio, number one. Number two, even the ones who did have talent, they found themselves in the same quandary as many students do today. Once they graduated with this meaningless piece of paper, they would have to knock cold on doors. The lucky ones (which were in the minority) got an internship inside a radio station. The majority never got anywhere, they were just in debt.”

Jimi believed there had to be a better way, and he came up with an idea. “I thought, Why not just get people into radio stations? Why not just ask the radio stations if they’ll expand their internship program into a more apprentice-based model?”

Jimi presented his idea to the president of the school, and not surprisingly, was laughed out of the office—so he decided to put his idea to the test. He left the broadcasting school, and shortly afterward founded the Radio Connection, placing students as apprentices in real radio stations as a more viable way of breaking them into the business.

As it turned out, his idea worked. Jimi realized that this mentor-apprentice model would work, not just with radio, but with other entertainment industry professions as well. He expanded his program to include recording and film apprenticeships, growing into what is now the Recording, Radio and Film Connection.

A few years into this endeavor, Jimi met filmmaker and entrepreneur Brian Kraft, and shared his educational concepts with him. Brian was so impressed with the mentor-apprentice model that he offered to join the team, working for free for the first three months. “I saw substantial ways that we could grow the business,” says Brian. “I saw tremendous potential for Jimi’s model, the model that he had created.”

The resulting collaboration between Jimi and Brian resulted in exponential growth for Recording, Radio and Film Connection. From its early beginnings with classified ads resulting in a couple of incoming calls per week, Brian Kraft says today the school receives about 200 calls per day from interested students.

Recognizing the value of the mentor-apprentice approach, Jimi and Brian are continuing to expand the concept, not only geographically, but into other career choices, as well. Recording Connection is in the process of expanding into Canada, with plans to launch schools in the UK and Australia, as well. There are also plans in the works to offer apprenticeship-based learning in fashion design, culinary arts, computer animation, and a variety of other professions.

From what began as a rather disappointing series of events, mentoring and education have become an integral part of Jimi Petulla’s career. And he’s just getting started.